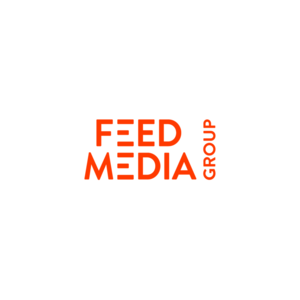 Founded in 2011, Feed Media Group (FMG) is dedicated to innovation in music licensing and distribution with one goal in mind: to help businesses of all shapes and sizes create amazing user experiences with music. In a traditionally challenging area, FMG is working with the industry to experiment with new ...

solutions that serve everyone. Via its companies Feed.fm and Adaptr.com, FMG is committed to demonstrating that music licensing and distribution is not a zero-sum game - rights holders, businesses, and consumers can all win.

Incorporating music into your app or platform is now extremely simple. What used to take months or years takes minutes, thanks to Adaptr (adaptr.com), the new licensed music service for early-stage startups that need to grow. Dramatically cutting time to market and offering a robust catalog of major label music, Adaptr ensures great products involving music don’t fail before they’ve had a chance to succeed.

As of May 25, 2021, Adaptr’s click-through licensing platform is now open to all startups looking to add popular music to their product. For developers and entrepreneurs looking to create a fitness, dance, gaming, social app that needs music, Adaptr can leap the traditional hurdles to music licensing and help prevent infringement, a problem faced even by the biggest companies as labels and publishers grow more aware of the app market.

Designed for early-stage startups that have raised less than $7.5 million and earn less than $4.5 million in revenue, Adaptr can save companies the significant expense and worry of pursuing direct deals with record labels and publishers. Via Adaptr, startups addressing the US market can integrate rights-cleared music playback via a set of SDKs at an appropriate price point (under $100/month to start). And importantly, Adaptr takes care of usage reporting and royalty administration, one crucial, complex step that’s often neglected when planning for licensed music use.

“Before Adaptr, startups had two choices: wade through bewildering and time consuming direct deals with rightsholders, or launch with fingers crossed, hoping to settle the legalities later,” explains Bryn Boughton, Head of Licensing for Adaptr. “Neither is a viable way to create a product and get it to market.” Adaptr is filling a gap: “Labels have experimented with limited sandboxes for prototyping, but once a product was ready to go, the startup faced big licensing hurdles.”

Music can play an essential role in a wide range of apps and platforms that span education, fitness and digital health, social messaging, and gaming. Two of Adaptr’s early customers, mobile gaming innovator Artie and dance app Oga, show the breadth of potential use cases for high-quality, legal music.

Despite having strong support and investment from music industry heavyweights (WMG, Scooter Braun), Artie’s team knew they faced an uphill battle to license music. Then they found Adaptr: “Before Adaptr, I was terrified,” says Artie founder and CEO Ryan Horrigan. “I realized there was no good solution. I'd have to license bad public domain songs for our first game.” With Adaptr, Horrigan is able to use music that boosts engagement and appeals to the game’s target audience.

Oga (oga.so) is the first full body tracking app that allows users to dance along with dancers on screen, get points for their performance, and see where they land on a leaderboard. The app was a blast, but founder Ashish Rawat needed one key thing: music that connected with his US target audience. Rawat turned to Adaptr for music licensing and administration. “We tried sorting out licensing via brokers or via direct deals. It was very time consuming,” Rawat explains. “When you’re not from the industry, it’s very expensive and hard.”

As their products take off and companies grow and succeed, Adaptr can help them transition to direct licensing deals as needed, thanks to its parent company, Feed Media Group, a pioneer in connecting music rightsholders and tech and experience innovators. “Everyone is getting on the same page and getting excited about innovation. Together, we can collaborate on mutually beneficial terms and startups can finally access the tools they need,” says Boughton. “It’s a significant model change.”